Let’s put these words to sleep. 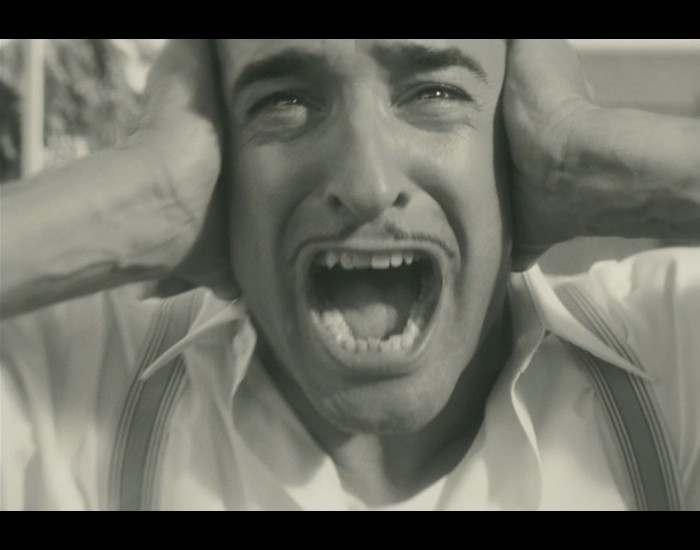 I finally saw The Artist last night. Yeah, I know. I was late for my own birthing, so I’ve got this “late to the party” bit on lock. This film was a trip for many reasons. Besides the costumery that had me drooling into my bag of popcorn, there were no words (spoiler alert: close to none). By the time the credits were rolling, I was mugging and miming and gesticulating my sincere praise like a regular Garbo.

Words have operating systems, just like computers and cars. And when used carelessly, they won’t do their jobs properly. Nearly two hours of wordless communication (and strong emotional responses) is a good reminder of how words get in the way. But I’m not asking for a return to silent film dramatization. The swooning is just too much. However, the hair? Never too much. What about a thoughtful silencing of certain words and phrases? The ones that say less than nothing, or nothing good when spoken out loud.  Call this an exorcism, if you’d like. Because that word is cool. The following words and catch-phrases are not.

Bitchy: I hate this word. Because a great majority of the time I hear it, the person using it is being rude. And she or he knows it. And probably wants to start a Bad Girls Club fight. Or at least push some buttons. I guess that would be called “bitchy”, in her words. So that’s the pot calling the kettle black. How about using a word that doesn’t link me to a dog’s reproductive parts?

Skinny Bitch/Girl: “Skinny” is essentially a more acceptable way of saying “skeletal”, and great Gaga help us should we ever start putting “skelly” in product names. Besides, “skinny girl” is what you call a fourth grader going through a serious growth spurt. Not a brand of cocktails for adult women.

Preggo/Baby Bump/Bump Watch: Yes, there is a baby in there. And it makes a bump. It’s called being “pregnant”. And don’t worry, the celebrity/average woman carrying that fetus is well aware of what’s happening to her stomach. But it was nice of you to be “on watch” for her. Now stop.

Thinspiration: I’ve been known to refer to silly wordplay as something kinda punderful, so believe me when I say it’s not the pun part of ‘thinspiration’ that I find unattractive. The problems with this word are multiple: it confuses thinness with healthful-ness, encourages obsessive body shaming, and it flies under a conspicuous flag of positivity that makes it easy to forget about all the ways it’s messed up. I like inspiration, and I like feeling good about myself. So how about we go with “take-care-of-yourself-spiration”? I’ll give up the catchy pun part if it means we can actually advocate positivity.

Hipster: Chances are, if you’re still using the word hipster to talk about any variation of trendy, insufferable or just plain badly scented young people, you’re not going to understand how the hipster word has been stripped bare of its descriptive power. The only thing its capable of conveying these days is annoyance. So just say “This person is annoying”. You’ll sound a lot more smart.

Redonkulous: This word doesn’t actually make me angry. I just wanted to be sure no one’s suddenly started using it again. I hope its appearance here won’t remind anyone of its existence. Let this one sleep a little longer. Or for all of eternity.

___ people problems: Sure it’s fun to assign an identity to our problems and commiserate with other similar-problemed people. Only it quickly teeters on the edge of something else: humble bragging, classicism, and badly limited views of what it means to be a person. If you’re gonna talk about your issues on the Internet, talk about your issues. They don’t belong to the first-world. They don’t belong to BK girls. They’re your’s. If you want to make a claim that they are other people’s too, then do it somewhere you can use more than 140 characters.

Have you lost weight?: Repeat after me. This is not a compliment. Losing weight happens for reasons besides an intentional diet and exercise plan. So just make sure you’ve got the reasons straight before you issue your congrats. Or issue congrats on something else. Like: “I love how you never use the words redonkulous to talk about your problems as a person who happens to be living in a first-world country.”