New HPV warnings: it’s not just sex that puts you at risk. You can contract it at the gym and other places, too.

HPV, also known as the Human Papillomavirus, is THE MOST COMMON sexually transmitted disease of all. Most people don’t realize this, due to the fact that HPV is a much subtler, sometimes more harmless STD than all the rest. Unlike herpes, HIV, or viral hepatitis, there are very rarely serious side effects– though some people have developed cervical cancer or genital warts as a result. Thankfully, the majority of HPV strains are fairly mild and will not cause problems life-altering problems.

There’s a new set of HPV warnings out there, though, and that’s because researchers just concluded that sex isn’t the only source of HPV.

Until recently, practicing safe sex (using condoms, avoiding “double dipping”, etc.) was believed to be an effective solution to avoiding HPV. Add on regular trips to the gynecologist to monitor your genital health, and you should have nothing to worry about, right? Wrong. Researchers analyzing more than 50 medical studies dealing with HPV transmission discovered that a surprising number of female virgins carried the HPV virus in their genital tract. A staggering 51% of women who had never had intercourse (and thus been exposed to the HPV virus through sexual contact) had contracted the disease. But how? It seems impossible to contract STDs without sexual contact, right? 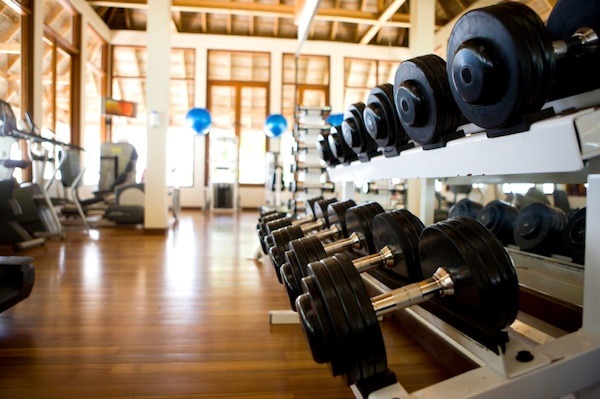 Some believe that non-intercourse sexual contact could be the reason behind the problem. It has been proven that HPV can be passed from hands to genitals, or via sex toys. Consider the number of young people (even “virgins”) who experiment with all these non-intercourse types of sexual contact, and it should come as no surprise that HPV virus is a problem even among those who have never had sex.

But there’s another potential reason for the problem: it may be easier to contract than you’d think! Some researchers believe that just coming in contact with an infected surface is enough to risk infection. For example, at a doctor’s office, if a woman sits down on an examination table that has not been properly cleaned, there is a very real risk that any existing HPV viruses currently existed on the surface may infect her if her genitals are exposed.

It gets worse: it may be possible to get it at the gym. For example, if someone with the HPV virus wears short shorts and sits on a bike seat, the HPV virus may be passed to the bike seat via their sweat. If you sit on it in your short shorts, you run the risk of HPV infection.

Sound a bit hard to believe? It’s not as far-fetched as you might imagine. The number of HPV cases has drastically risen in recent years, lending credence to the belief that HPV is a disease that is transmitted much more easily than we may believe.

What’s the solution? Simple: be clean!

Take extra care to clean any surfaces where you may come in contact with someone else’s sweat. That includes the seat of your stationary bike, the weight bench, or any other gym equipment. Use a disinfectant spray to wipe down the seat before sitting down. Or, avoid the use of very short shorts. Try wearing Yoga pants or exercise pants, anything long enough where there is no risk of your “lady parts” being exposed to anything. If you’re going to sit in the steam room or sauna, don’t sit down on the bench in the nude or even in your panties/bathing suit. Instead, sit on a clean towel, and you’ll drastically reduce your risk of exposure!