Are you insulting me, or trying to get in my pants? 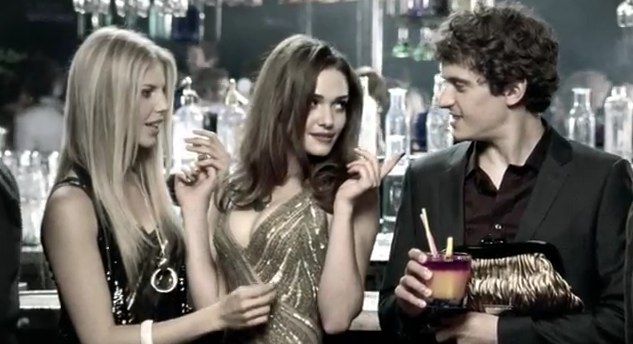 A dim-lit bar, 11 pm. Patrons are scattered sparsely on stools along a red oak bar. One man leaves his seat to approach two women standing toward the rear of the bar, near the glowing stand that offers popcorn, self-serve style. “Hey,” he nods casually, “think you’re too cool to sit at the bar like the rest of us?”

You might be totally clueless about modern-day bar culture and dating, but you can still recognize this schoolyard strategy, even more familiar amidst the neon tints of Budwesier signs and Big Buck Hunter game screens. Even the uninitiated know there’s something about this setting that turns an ordinary guy into a 7th-grade bully with a ten to twenty year chip on his shoulder. It might have something to do with the beer or the smell of stale popcorn. Or the complete lack of bathroom stalls that lead to heightened aggression. But it’s most likely a completely planned and intentional technique to hit on you. It’s “the neg”.

If you’re not familiar with the official definition for “the neg”, then click on this link, because I won’t take time spelling it out here. Officially, I’m cool with the neg. It makes sense. About as much sense as it did when we were nine years old pulling our crush’s ponytails and jacket hoods at recess. But considering how little flirting has evolved since our school days, I’d say that’s as much sense as we could expect from our adult transactions. Besides facial hair, the only other difference between a bar full of hormonally charged, desperate singles and a puberty-filled playground is the alcohol. Make that alcohol and expectations.

When those expectations approach opportunity, the neg is a familiar and simple choice. Guy sees girl. Guy likes girl. Guy teases girl. Girl defends herself, thus entering into a conversation with Guy. And possibly, an implicit agreement to get frisky later. Where the neg might fail to work its strangely effective magic is in passing up playful teasing in favor of douchebag rudeness.

Unlike when they ruled the playground with their frosted-tips, these men have the residences and proper dye jobs (hopefully) to get a lady home. Meaning shoulder shoving or hair mussing is juvenile and unacceptable. Unless you’re at the kind of place where physical harm is encouraged. The same goes for aggressive insults about her appearance, intelligence, or a friends’ appearance or intelligence, even the indirect kind. (i.e. “You’re drinking Malibu? Let me guess, you went to state school.”) If I’d wanted someone to tell me my dress and tights combo is unoriginal and boring, I’d be having lunch with my mother. And no, that’s not an offer for a threesome.

Ultimately, it comes down to this: if a guy pulls the neg, he’s generally acting on one of two motives: 1) a bigger challenge than the traditional pickup, wherein he’s made to tirelessly butter up the lady in question via compliments or subtle hinting, or 2) an insecure ability to bring a woman into bed using honest communication. If his M.O. falls under No. 1, his prowess is going to come through in a good way. Not every woman wants to hear how beautiful she is, because beautiful people – and more often, women in general – hear that all the time. It can be refreshing to have a hint of a challenge at the starting line. It’s less obvious. But if the teasing comes from insecurity, you can bet your lunch money it’ll backfire. These are the kind of lines that inspire furrowed brows, “huh?”‘s, and a request for the bartender to issue an 86 on this guy’s sorely misguided ass. Then, before he can say, “L7 Weenie”, he’ll be nursing a bowl of stale popcorn at the next bar over, talking to Toothless Tim about canine root canals.

What do you think? Can insults work in a pick-up situation?