So what are you gonna do about it? 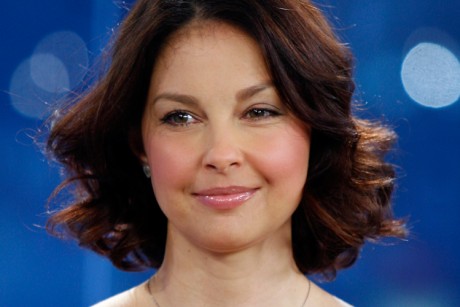 Sometime in your last 48 hours of Internet usage, you’ve probably stumbled upon Ashley Judd’s name. That’s the same Ashley Judd from your not-quite-favorite mid-90s films about Southern women and murderous husbands. But in case you need a quick primer, here’s what you need to know to be up to speed: Ms. Judd recently found herself at the end of an ugly media attack on her appearance. “That’s it?” That’s what you’re thinking right now, isn’t it? You’re thinking, Is that what all the buzz is about? Doesn’t this happen to every singer, actress, reality TV judge, Secretary of State, and woman with any minor standing in the public eye, at least once, like, every week? Read on.

Ashley Judd was making the morning TV rounds in promotion of a new television series, and everyone FREAKED-THE-EFF-OUT. Not because we haven’t seen Ashley since, like 2002 and we all just missed her SO MUCH. Not because her new show looks really cool. Not even because she has a really, really fun name to pronounce over and over again (seriously, try it!). No, that’s not why dozens of media people were compelled to strike for their laptops and Twitter accounts at urgent speeds to recap these mid-morning appearances. It was because – are you ready? – her face was puffy. Puffy?

The second part to this story, which, unlike the first, I’m happy to talk up and link to, is that the actress and spawn-of-country-music-royalty wrote a response to the media’s vapid allegations that was thankfully less of a puffy-face defense (a result of steroids she’d taken to treat a sinus infection, not plastic surgery as reports had claimed). And instead of taking the usual PR–induced “Why me?” tone we’re mostly immune to, Ashley presented a hard, cutting, and staunchly feminist critique of the forces behind the media’s senseless, harmful obsession with appearance. What’s better, and definitely more surprising is that she devotes hardly any space to bemoaning the easily blamed, yet impossibly unidentifiable Media. She calls out the people who opt to consume this garbage, instead. Including, maybe most of all, women. Ashley writes:

Patriarchy is not men. Patriarchy is a system in which both women and men participate. It privileges, inter alia, the interests of boys and men over the bodily integrity, autonomy, and dignity of girls and women. It is subtle, insidious, and never more dangerous than when women passionately deny that they themselves are engaging in it. This abnormal obsession with women’s faces and bodies has become so normal that we (I include myself at times—I absolutely fall for it still) have internalized patriarchy almost seamlessly. We are unable at times to identify ourselves as our own denigrating abusers, or as abusing other girls and women.

Girl just summed up an entire semester of “Cultural Hegemony and The Self” in one slamming graf! Love!

For once, someone of very mainstream semi-popularity has pressed into the cold under-flesh of what this whole media-makes-for-unhealthy-body-image discussion should really be about. I’m not saying I don’t participate in it, or that I’m above glancing through US Weekly’s in line at Target. I get why people are sick of talking about this by now. It’s old and tired and the record has been broken for as long as any of us can remember. But you know what else is old, not to mention, beyond unworthy of our time? Giving two jerks, or however many it takes to hate on a celebrity’s cottage-cheese thighs, augmented breasts or puffy jaw in the first place. Devaluing someone via their physical or bodily appearance is pure and simple, the most invasive way to waste your time. Not only does it mess with a person’s sense of self, it makes appearance the barometer by which you’ll measure any person’s worth. Including your own.

If you’re at all inclined, or even slightly curious about what a smart, socially-engaged, and astonishingly self-aware celebrity sounds like, then read her piece. Or at least do this: consider the media you consume and how you consume it, how you talk about it, how it seeps into your relationships with your friends and women you pass on the street, and how you think about it even when nobody is around. Because if anything is is need of a fresh injection ’round here, it’s this exact topic. Mizz Judd, your words are just what the doctor ordered.